Awaken is a church that is fresh, real, powerful, and has at its heart the Great Commission to win souls and make disciples of all nations. A church that impacts the city and influences the nations towards Jesus Christ. A church that has a culture and atmosphere of faith, hope, and love. A church that develops leaders and empowers people to become all that God had purposed and destined for their lives. 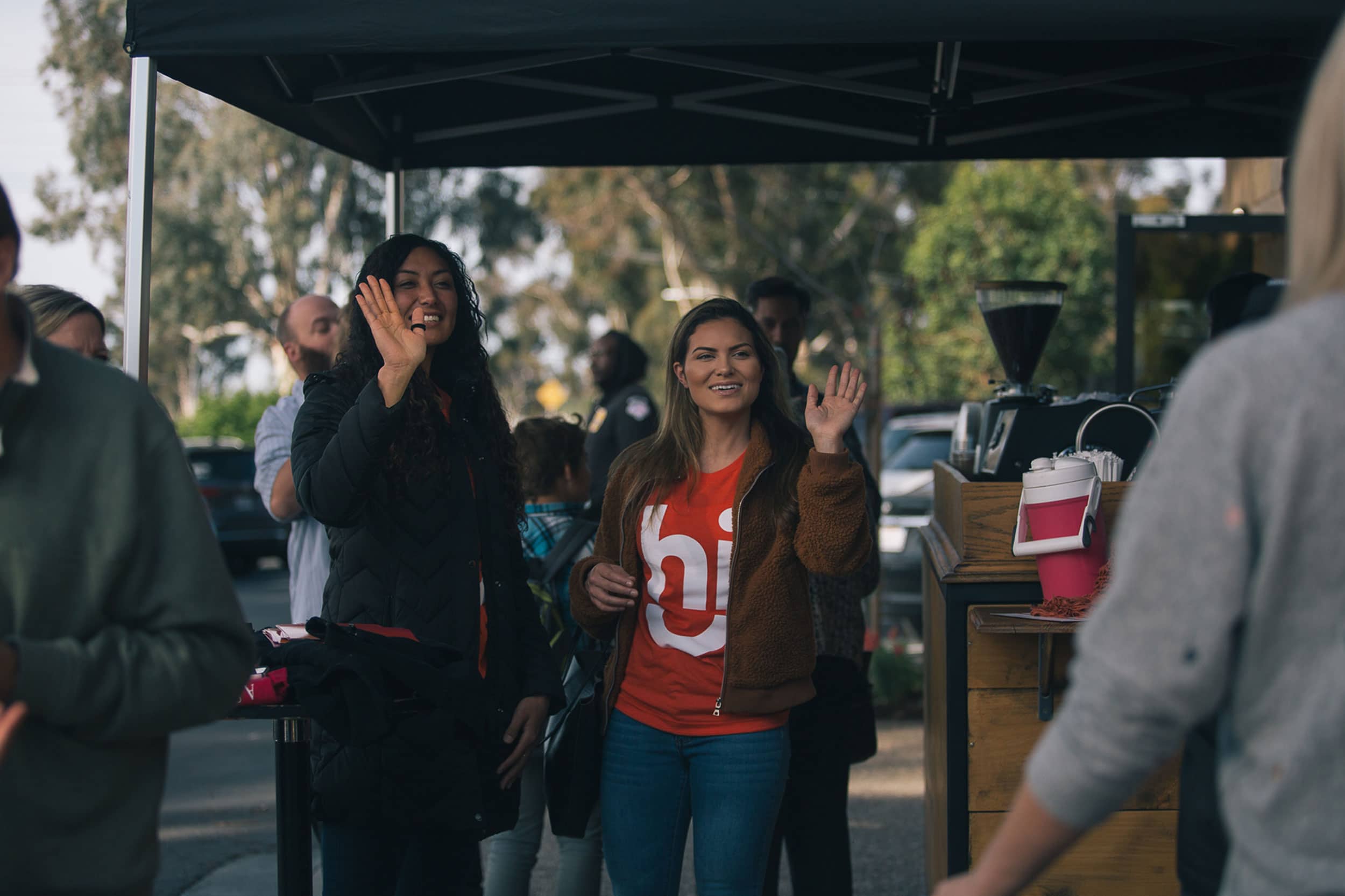 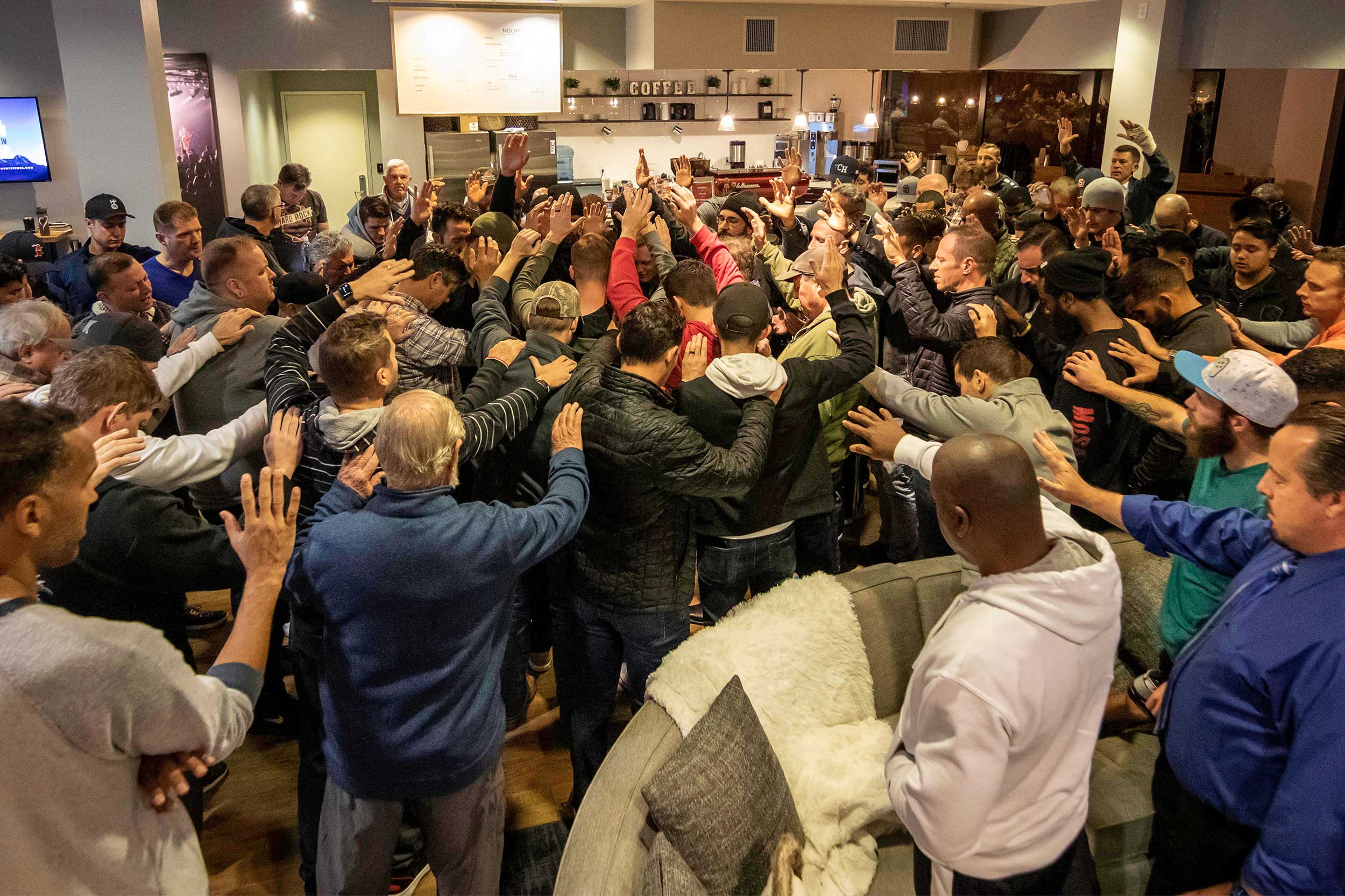 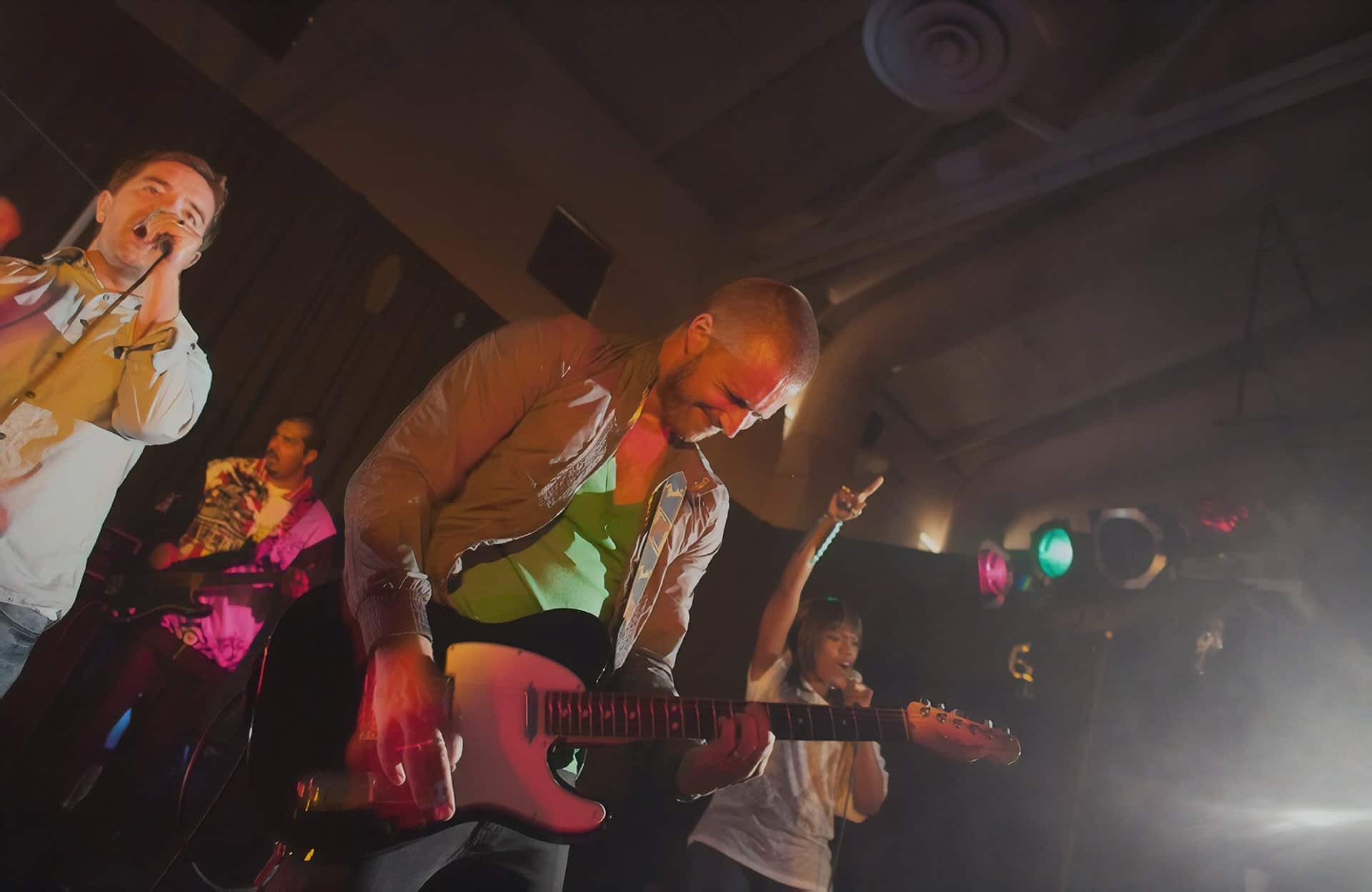 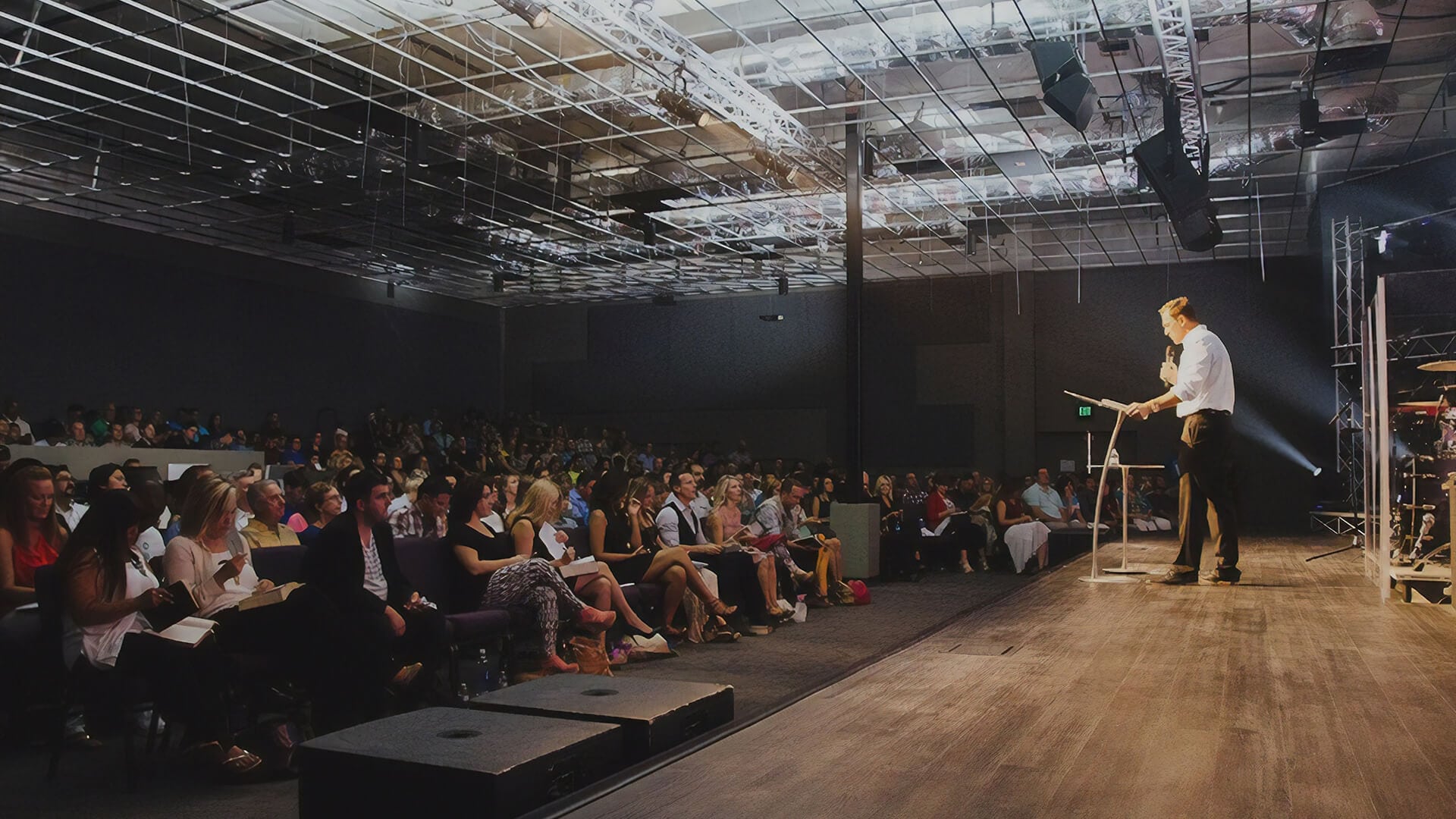 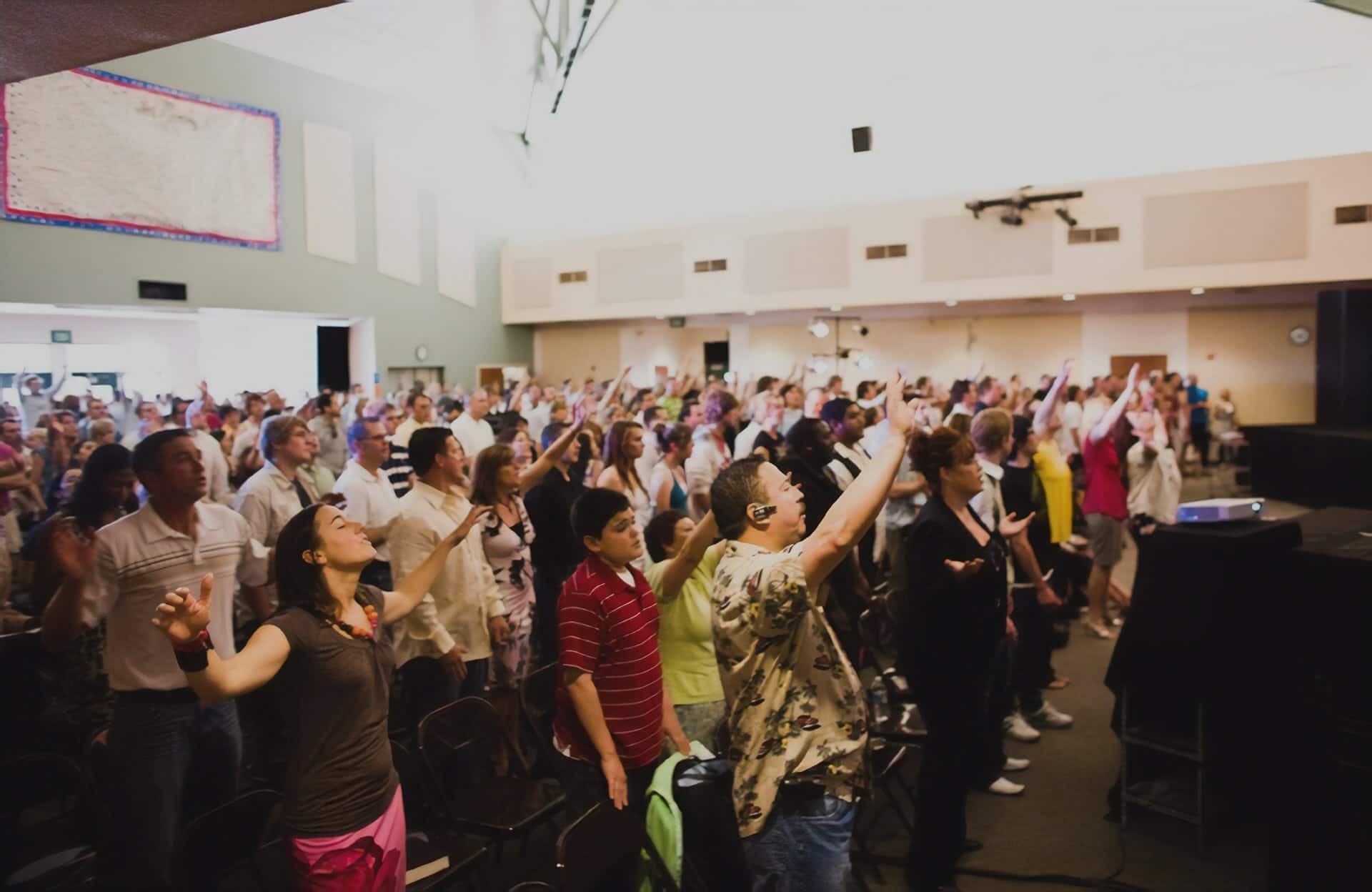 Awaken Church, formerly known as C3 San Diego, was started when Ps. Jurgen and Leanne and their small family moved over in 2005 from friends, family, and familiarity to plant a church. From the humble beginnings meeting in hotels, school gymnasiums, performing arts centers, and at one point a hotel parking lot, Awaken Church has grown from being just a vision in Ps. Jurgen and Leanne’s hearts to now being a multi-campus and multi-generational church seeing lives changed and impacted every week.

Jurgen and Leanne met in Sydney, Australia when Jurgen was serving as youth pastor for the church Leanne attended. After Jurgen went to Hillsong College, he moved to New Zealand as part of a Hillsong church plant. After six months of running the youth ministry at South City Christian Life Centre, Jurgen traveled back to Australia to marry his sweetheart Leanne!! After their wedding and some tearful goodbye’s to family and friends, Jurgen and Leanne traveled back to NZ to resume pastoring the youth at South City Christian Life Centre.

During the seven years they were in New Zealand, Jurgen and Leanne had a profound and long lasting impact on the city of Auckland especially amongst its youth. Jurgen had become a popular speaker in colleges and high schools and had grown and developed the youth ministry at South City CLC to make it one of the largest in the nation at that time. They had also welcomed their first two “kiwi” sons Jordan and Ashley. In the summer of 1998 Jurgen and Leanne felt a strong call from God to move back to Australia. They sold their home and packed up their boys and belongings and planted themselves in one of Australia’s most incredible churches, C3 Church Oxford Falls.

Under the amazing leadership of Pastors Phil & Chris Pringle they were appointed as youth pastors. In the fall of 2001 they welcomed Tommy, their third son and presumably their third and final child! In the seven years they were part of the team at C3 Oxford Falls Jurgen and Leanne grew the youth ministry to over 750 strong and pioneered the hugely successful Phenomena youth conference that hosted over 3000 delegates from Australia, New Zealand, and around the world. In the fall of 2004, Pastor Phil approached Jurgen and Leanne about starting a church in San Diego, California. Having never even been to San Diego, they both were hesitant about moving, but it didn’t take long before God confirmed the move. In the summer of 2005, Jurgen and Leanne and their three boys packed up all their belongings and moved to San Diego. On August 20th, 2005, Awaken Church had its first service and an attendance of 50 people. In 2008, after many years of wanting a girl to add to the family, Jurgen and Leanne welcomed beautiful baby Zoe into the Matthesius clan. 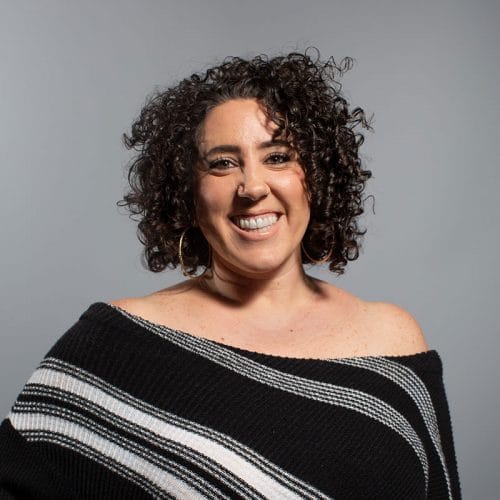 Stacy is responsible for the Operation teams across all campus including, Welcome, Assimilation, Pathways, Service runnings, Volunteer teams etc. Her passion is to ensure the structures and system of the church are people focused. As people enter the church, they find their place in church where their talents and abilities are developed and deployed. Stacy was born in New York, raised on the mission field in Ecuador and felt called to San Diego to help build a church from the ground up, she is beyond thrilled to be living out her God given Dream with the world’s best people! 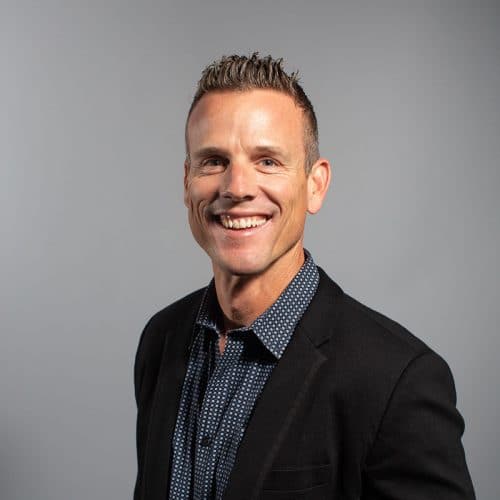 Jon is responsible for the business finance areas of the church which also include Pathfinders (marketplace ministry) and Vision Builders. He is also the campus pastor with his wife over Balboa Campus in San Diego. Jon is passionate about seeing business people thrive in their calling to influence culture. Jon and his wife Becky have 3 children and live in El Cajon, California. 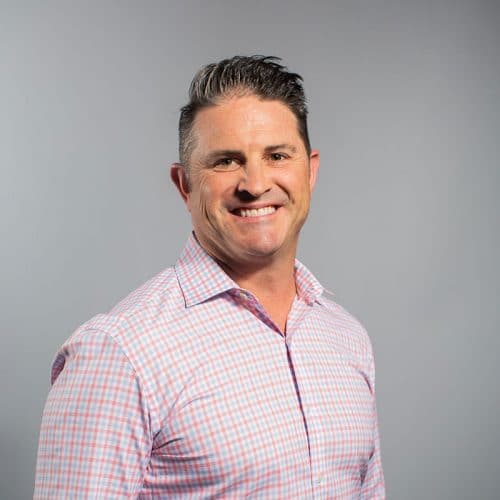 Dr. Matt Hubbard has been involved at Awaken Church since its inception in 2006. After 14 years serving, volunteering, and holding a seat on the board, Dr. Matt and his wife Mikala became the campus pastors the Bressi Ranch location in 2017. Dr. Matt Hubbard is a practicing chiropractor with 17 years of clinical practice teaching and applying the wellness principles of chiropractic, and has a vibrant family practice here in the heart of San Diego.
His newest role at Awaken Church is our Executive of Ministries. From missions, connect teams, kids, youth and young adults, he has infused his love for evangelism into strategies that connect, develop and empower the thousands that attend Awaken to further enrich what’s possible when people get connected to the house of God.
Dr. Hubbard is an enthusiast of all things business and health-related and has learned that using his marketplace gifts to build the kingdom has been the greatest adventure so far. He met and married his wife, Mikala, in 2006 and they have three amazing children. Dr. Matt is committed to living a life that inspires others, builds the house, and leaves a legacy. 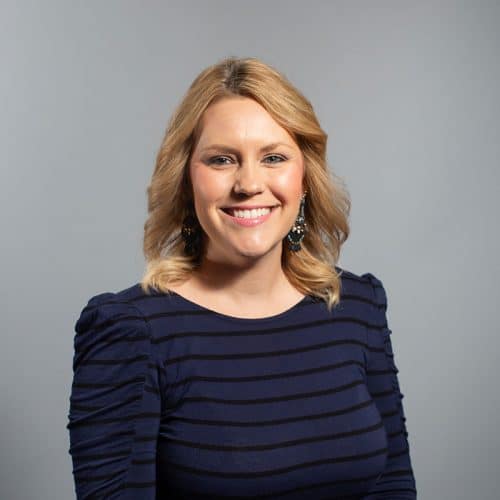 Summer is responsible for the Strategic Initiative teams across all campuses including worship, production, theater, conference and event teams. She is passionate about seeing people walk through the doors of our church and encounter God in fresh, new and exciting ways. Summer was born and raised in Sydney, Australia, and lived there until she and her husband, Mark, felt called by God to come alongside Pastors Jurgen and Leanne in building Awaken Church. Mark and Summer have three children and live in San Diego, California. 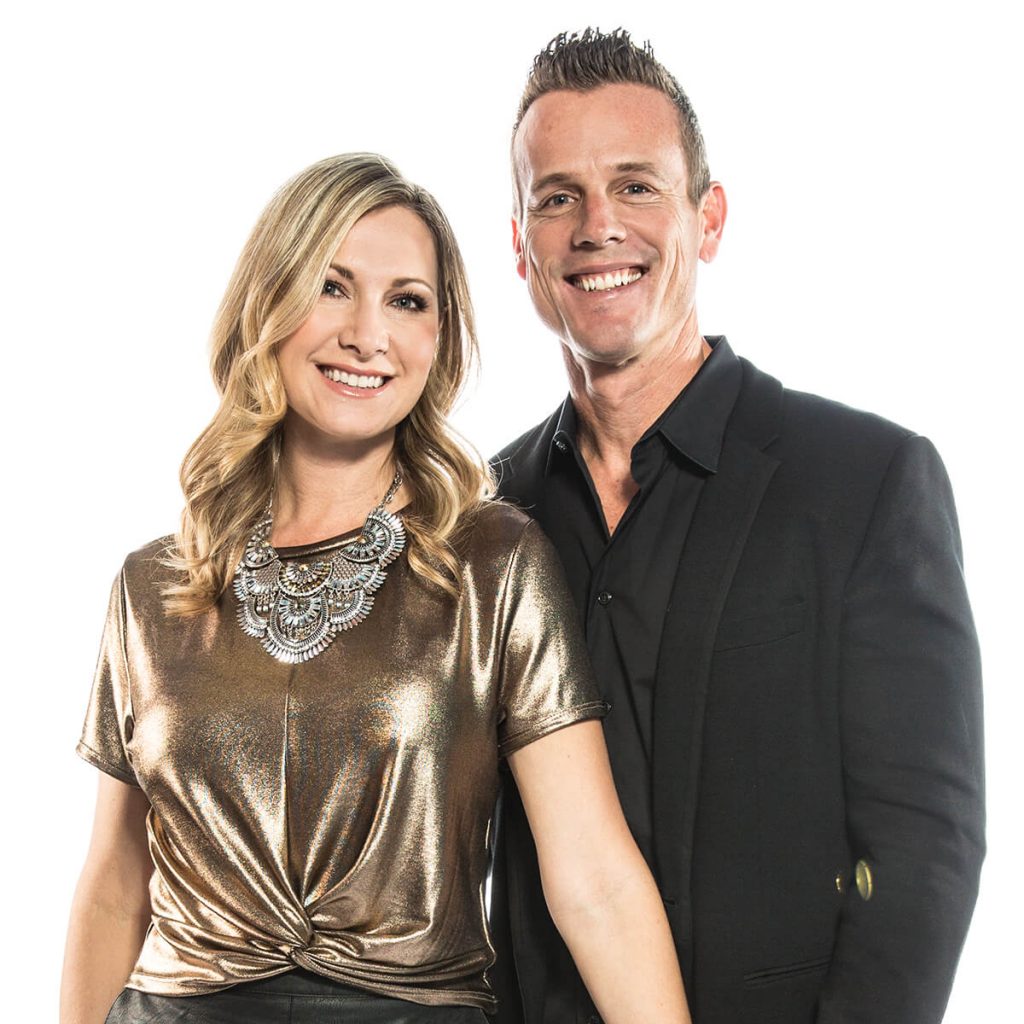 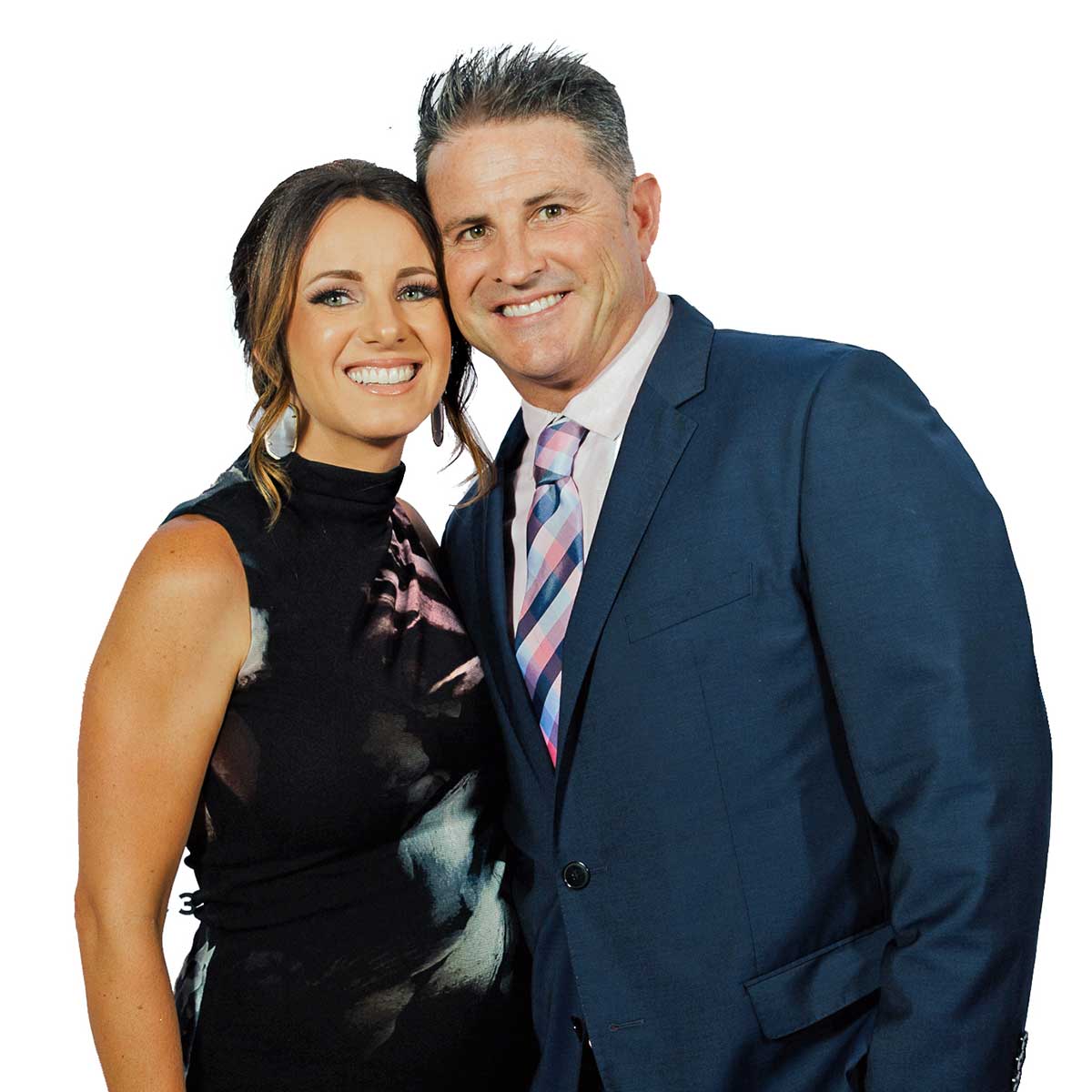 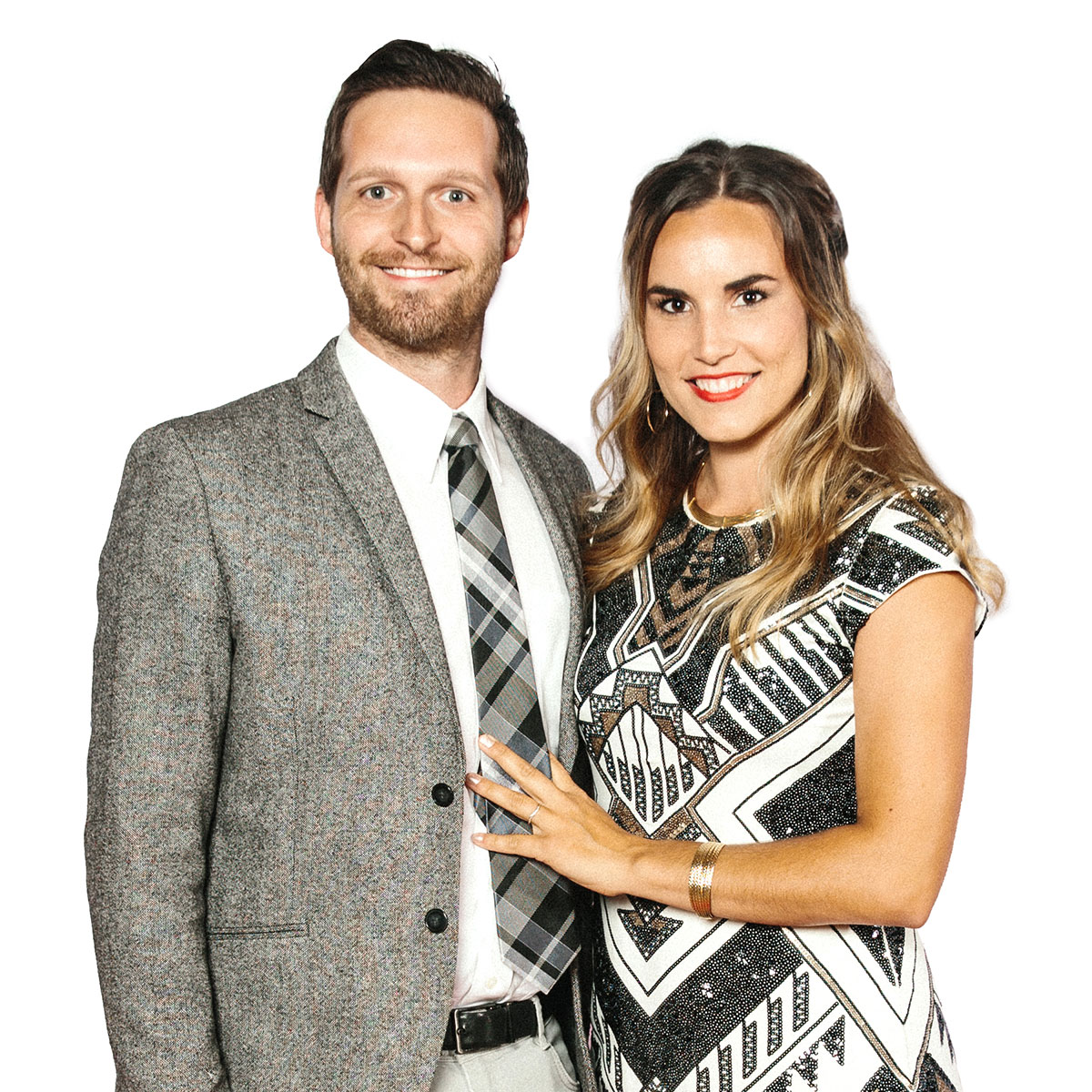 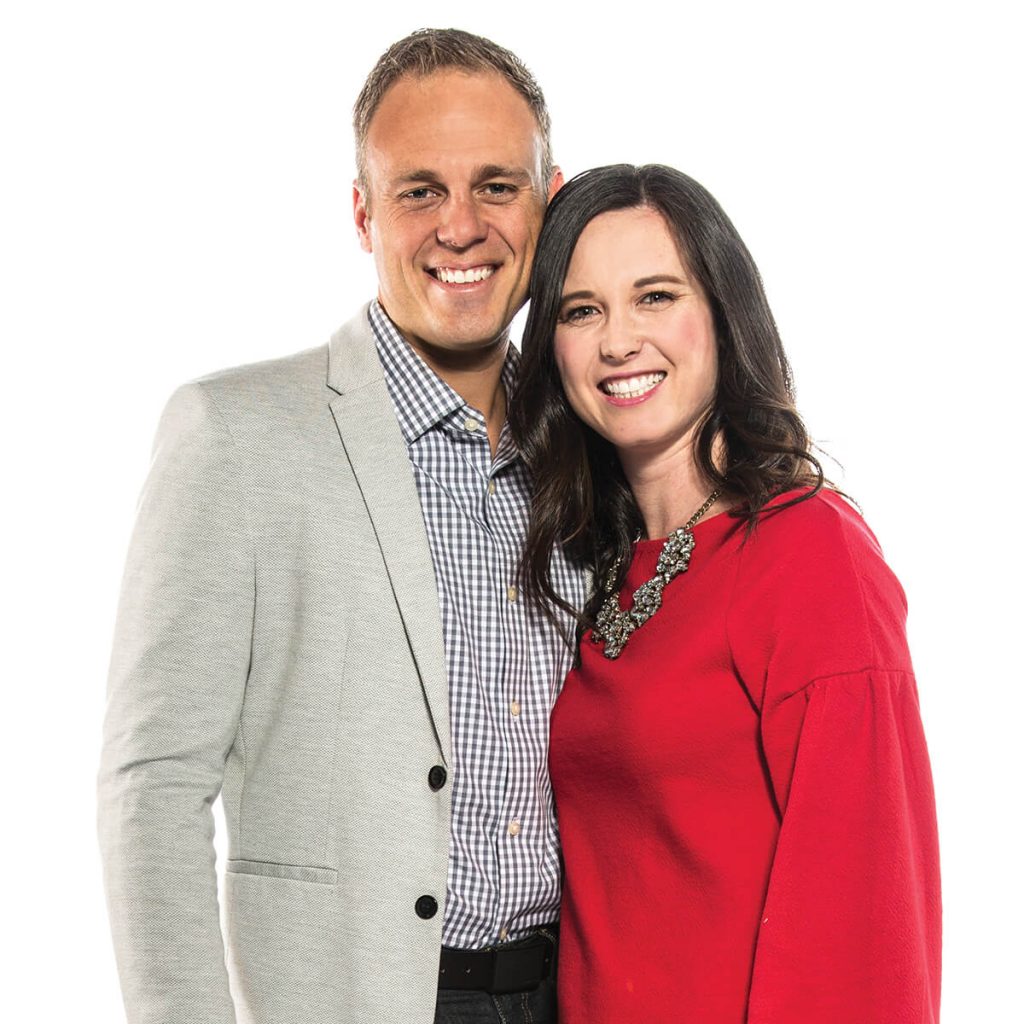 A church that is fresh, real, powerful, and has at its heart the great commission to win souls and make disciples of all nations.